Is Gluten As Bad As They Say It Is?

Being “gluten free” has become a big deal in our culture. About 25 percent of Americans claim they try to avoid this pesky protein. Because of that, most restaurant menus offer gluten-free (GF) options. Grocery stores stock their shelves with gluten-free items. Gluten-free foods have become a billion-dollar industry. But just how bad is gluten and to what extent should you go to avoid it?

Gluten is a large protein molecule found in wheat, rye, and barley, as well as lesser-known grains like spelt, kamut, emmer, einkorn, and triticale. It’s the substance that gives bread dough its elasticity or stickiness. The word gluten literally means “glue.”

We also find gluten in a lot of food additives like thickeners and fillers used in everything from lunchmeat to soup to candy because it does a good job of holding things together. 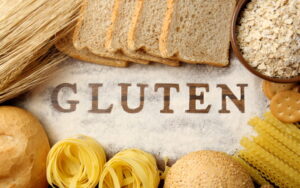 The “recent” move for so many people to become gluten free has occurred because of increased cases of celiac disease and gluten sensitivity, also referred to as gluten intolerance. Both conditions come with the recommendation to avoid any food that contains gluten, however both conditions differ in how gluten affects the body.

Celiac disease, an autoimmune disease, causes the small intestine to become inflamed when gluten is digested. The immune system then generates an abnormal response to gluten and attacks its own intestinal tissue, destroying the villi (small finger-like projections that protrude from the intestinal wall and absorb nutrients). This impairs nutrient absorption and causes malnutrition. Symptoms of Celiac disease can include:

Other possible symptoms are: 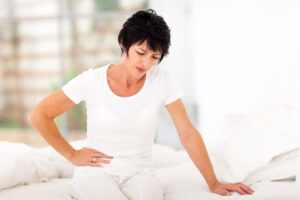 Approximately 12% of Americans can be diagnosed as gluten sensitive using a blood antibody test. About 1% of the U.S population has full-blown Celiac disease. The problem with detection and diagnosis is that most of the time, the damage is done and the symptoms are present for a long time before anyone suspects gluten could be the problem.

If you look at the lists above, you can see that one could connect just about any unexplained chronic illness to gluten. If undiagnosed for long periods of time, gluten sensitivity could contribute to diabetes or cancer.

Some people with Celiac disease may not have symptoms, but they have the disease for quite some time. Both Celiac disease and gluten intolerance can be aggravated by emotional stress, infection, surgery, pregnancy, and childbirth.

I believe that gluten sensitivity is the reason behind many unexplained modern illnesses. We should put it on the short list of suspects in unexplained health problems—particularly digestive, autoimmune, and neurological disorders.

So, if you think you are gluten sensitive, try this test on yourself. Stop eating wheat, rye, barley, or anything that contains gluten for 12 weeks. (You must read the labels.) See how you feel. If you need convincing after that, reintroduce gluten and see what happens.

Of course, our Simple 9© program asks you to stop eating wheat, barley, and rye. However, we do allow you to follow the 80/20 rule where you can have some non- Simple 9© foods occasionally. If you think you’re gluten intolerant, you may want to go completely gluten free.