Is Saturated Fat Bad For You?

For the last 30 years, health professionals have advised us to ban saturated fat from our diets because of its precarious relationship with cholesterol and heart disease. Even the 2015 – 2020 Dietary Guidelines For Americans recommends keeping saturated fat consumption to less than 10 percent of our daily calories. Well-meaning doctors and nutritionists have asked their patients to stop eating red meat, cut out butter, and switch from whole to skim milk.

Fats are simply long chains of carbon atoms with hydrogen bound to the carbons. They contain a lot of energy because of all those hydrogen atoms. Saturated fats have hydrogen attached to every possible binding sight on their carbon chain, making them solid at room temperature due to their tightly packed straight chains. Saturated fats are mostly found in animal products such as beef, pork, chicken (dark meat and skin) and butter. 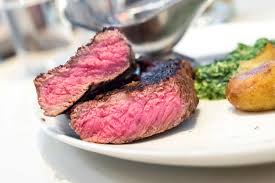 Your body actually needs fat from food. It’s a major source of energy. The vilification of fat began in 1977 when the United States Senate Select Committee on Nutrition and Human Needs published the first Dietary Goals for The United States. It stated that Americans could improve their health and reduce their risk of heart disease by eating less fat, especially saturated fat. This “fat hypothesis” was based on a handful of ambiguous studies and a good deal of speculation. It was just a guess constructed by a senate committee.

By 1981 the Dietary Goals began to reshape the nutritional philosophy and nutritional habits of most Americans. Health writers, dieticians, and medical professionals began preaching that reducing the fat in our diets would help us reduce our waistlines. They also said reducing saturated fat would help prevent heart disease.

Goodbye steaks, and so long butter.

But something about the vilification of fat, especially saturated fat just doesn’t make sense. For thousands of generations, our ancestors were strong, healthy and had very little heart disease. They ate lots of animals without “trimming the fat.” In fact, it’s highly likely that our “caveman” ancestors ate the fat first because it tasted best. 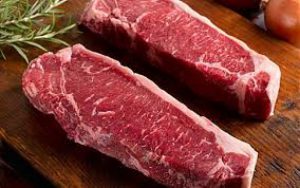 So the advice our government has been giving us to limit or avoid saturated fat doesn’t really pass the test of science or the instincts of our ancestors. So why do we still have increasing incidence of heart disease? The 2010 meta-analysis found that when carbs were used to replace saturated fats, carbs increased the risk of heart disease by increasing triglycerides and lowering HDL cholesterol levels. 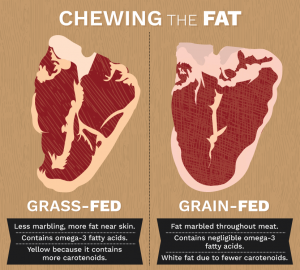 So is it okay to eat saturated fat? Absolutely, as long as it exists in “real” unprocessed foods like meat, butter, whole milk or eggs. Be careful with processed meats, which are usually chock-full of the preservatives nitrites and nitrates that are converted to potent cancer-causing nitrosamines in our guts. Another reason to avoid processed unnatural meats is they are typically laced full of salt, high fructose corn syrup, wheat, grains, and other additives that have multiple adverse health effects.

One final consideration to always keep in mind when eating meat: How was the animal raised? Try to go for grass-fed, pastured animals raised without antibiotics or steroids. If you have to eat conventional meat, trim the fat, because that’s where the steroids are stored.

So let’s all enjoy our steak, bacon and butter!