Do you know a man who is currently growing a beard or moustache for something called “Movember”? This quietly growing movement started in 2003 when two mates from Australia joked over a beer about bringing back the moustache.

The two friends decided to talk to their mates about growing a Mo. Before long, they had enrolled 30 of them. Inspired by a friend’s mother who was fundraising for breast cancer, they decided to make the campaign about men’s health and prostate cancer. They established the rules of Movember (which are still in place today) and agreed to charge ten dollars to grow a Mo. 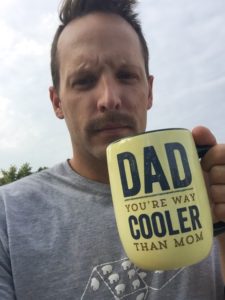 Last year, more than six million men and women (you don’t have to grow a moustache) participated in the Movember movement, which has now raised millions of dollars and funded more than 1,250 men’s health projects. Also, last year, FDA approval was granted to two drugs for the treatment of advanced prostate cancer. Movember provided research funding for both drugs.

Globally, men die on average six years earlier than women, and for reasons that are largely preventable. Since Movember’s humble beginnings, the movement has expanded to focus on three of the most prominent threats to men’s health—prostate cancer, testicular cancer, and mental health and suicide prevention.

Your risk of developing prostate cancer increases with age, but that doesn’t mean it’s a disease that only affects older men. Men who are African American and men who have a family history (a brother or father with prostate cancer) are 2.5X more likely to get prostate cancer.

Early detection is the key. The difference between early detection and late detection can be life and death. Across the globe there are more than 3 million men living with the disease. Many are dealing with serious side effects from treatment.

Testicular cancer is the most commonly diagnosed cancer in young men in the US. The survival rate for testicular cancer is 95%. But, for some young men, long-term-treatment related side effects mean quality of life is severely compromised. Movember focuses on getting these predominantly young men back to living full, healthy lives. 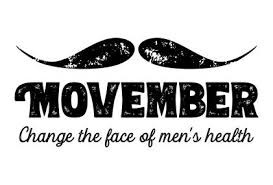 Globally, on average, 1 man dies by suicide every minute of every day. In the US, the rate of male suicide is alarmingly high: 3 out of 4 suicides are men.

In the world of COVID, daily life as we’ve known it has been flipped on its head. There are steps we should be taking every day to look after ourselves and others. Movember focuses on providing reliable information to guide and support everyone through turbulent times.

What’s happing in the world now is affecting all of us in different ways. Many of us are suffering in ways that our friends and relatives might not even know. When men have problems, especially emotional problems, they are usually afraid to reach out or feel like they have no place to go for help. Seventy percent of men say their friends can rely on them for help, but only 48% say they can rely on their friends. In other words, us men are here for our friends, but worried about asking for help for ourselves. Reaching out is crucial.

Even though most men act like they have it together, the truth is there are a lot of men who are struggling. Last month a study was published showing that for every two people who have died from COVID, one person has died as a result of the pandemic. Many of those deaths were suicides and heart attacks that occurred as a result of pandemic stress.

Movember has a goal of reducing men’s suicide rates 25% by the year 2030. One of their initiatives is providing a wealth of resources for men who are struggling. They also have some valuable resources for spotting a bro who’s feeling low. Also, if you know someone who is depressed and you’re just not sure how to help, check out Movember Conversations.

Top Five Things To Know And Do 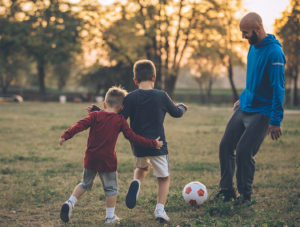 It’s not too late if for you to join the Movember movement and raise or donate money for Men’s health. There are several ways to participate, even if you don’t want to grow a moustache. (I want to, but my wife is against it, and I’ve learned to pick my battles.)

A great alternative way to participate in raising awareness for men’s health is Move for Movember. Commit to running or walking 60 miles over the month, at your own pace. That’s 60 miles for the 60 men we lose to suicide each hour, every hour across the world.