The Scariest Thing About Halloween

Most recent numbers from the CDC tell us the obesity rate for children and adolescents aged 2 to 19 years is 20%. One out of five of our kids is obese. Even scarier—obesity effects 13% of children aged 2 to 5. These numbers are not just high, they have also increased at an alarming rate.

So, what happened in the early 80s to spark the change? Just after 1980, the low-fat approach to eating became the overarching ideology, promoted by physicians, the federal government, the food industry, and popular health media. The obesity epidemic for Americans of all ages started with the introduction of the low-fat diet. Even though no scientific evidence proved the benefits of the diet, our country bought into it. And we haven’t stopped. 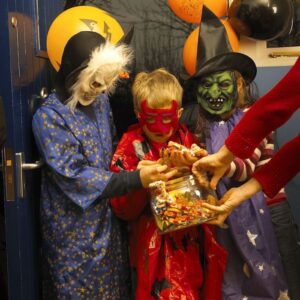 The biggest thing the low-fat diet did to harm our health? It gave us an insatiable addiction to sugar. When you remove fat from food, you remove a lot of the taste. The food industry very quickly learned to make low-fat foods that taste good by replacing the fat with sugar. From 1980 to 1999, sugar consumption of the average American increased by 50%. Our sugar consumption has decreased since 1999, but we still eat 17% more sugar than we did from 1920 to 1980.

Without a doubt, sugar represents the biggest driver of childhood obesity. Some health experts try to blame sedentariness, but any parent will tell you kids aged 2 to 5 are not sedentary. Don’t believe me? Check out what New York Time’s best-selling author Gary Taubes said in his 2016 book, The Case Against Sugar. He goes as far as comparing letting your kids eat too much sugar to letting them smoke a pack of cigarettes a week. Gary’s comparison might be right when you consider the fact that the prevalence of Type 2 diabetes in kids has doubled since 2001.

So, what does all this have to do with Halloween? The Halloween season is the time of year most parents start bringing copious amounts of candy (sugar) into their homes for kids to eat. We buy more candy on October 28 than any other day of the year. The top five candy-purchasing days of the year all occur in October. Halloween represents the beginning of the holiday season, which means candy canes will show up in our homes before the candy corn is gone.

This year Americans will spend a record 3.1 billion dollars on Halloween candy. That’s a 20% increase from 2019 (before the pandemic). It’s sounds like some of us plan on some revenge trick-or-treating.

I have 4 small kids in my family. I understand the struggle parents go through. You can’t avoid Halloween or candy. It’s everywhere. You want your kids to experience what their friends experience, but you don’t want them addicted to sugar.

We suggest two options you can choose to celebrate Halloween with the kids in your life in a healthy manner. 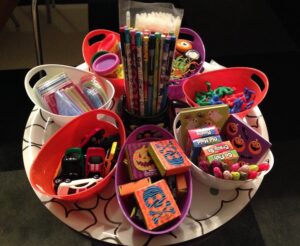 Instead of passing out tons of “Fun Size” or “King Size” candy bars at Halloween, buy some Simple snacks to hand out. Some great options to hand out to trick-or-treaters include snack-size bags of nuts, seeds, dried fruit or trail mix . Don’t be surprised if you find out your kids prefer a snack like this to their Kit-Kat bars.

If you want to go with chocolate, Ghirardelli makes 86% and 92% cacao dark chocolate squares. You could literally “trick” the kids in your neighborhood into eating some serious antioxidants. Now that’s scary.

You could also pass out small toys like glow sticks or temporary tattoos. Research tells us that kids get just as excited about a small toy for Halloween as they do about candy.

No one gets fat because they eat too much on one day. The real problem is all the candy we eat before Halloween and for days and days after Halloween. Follow these Simple rules to help you enjoy some Halloween candy without becoming the Thanksgiving Turkey!

As the official beginning of the holiday season, many of us put on a few pounds after Halloween. We want to help you make it to the new year without those few extra pounds. Don’t hesitate to reach out to us if you need any help.