Why You Shouldn’t Count Calories

Every year, about 45 million Americans go on a diet. Many of the diets we choose to participate in involve counting calories or macronutrients in order to reduce the number of calories we consume. It’s simple math, right? Calories in versus calories out. Oh, and don’t forget to count the calories you burned on the treadmill. And, thanks to our government stepping in to help, now you can easily count the number of calories you eat at your favorite fast-food establishment.

Technology has made calorie counting a lot easier. There are an endless number of apps to help you track calories for everything you eat. MyFitnessPal, the most popular calorie counting app, currently has 180 million users. 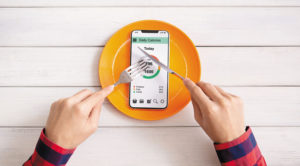 Well now that we have apps and numbers of calories listed on everything we eat, and our watches tell us how many calories we burn when we walk to the fridge, we should be able to get a handle on this obesity thing once and for all, right?

For some reason it’s not working. We just keep getting fatter. The latest numbers from 2018 show that 42.4% of Americans are obese.

Truth is, calorie counting is a terrible approach for weight loss. While counting calories and restricting calories can help you lose weight in the short term, the approach has never been proven to keep weight off long term. What’s even worse is two-thirds of people who try to count or restrict their calories will gain back more weight than they lost.

Let’s look at some science to understand why calorie counting doesn’t work.

Counting calories is a hassle. To do it accurately (which is pretty much impossible) you have to weigh, measure, or read the label of everything you consume. Then you have to record everything and do the math—unless an app does it for you. All of this takes a lot of time, even if you are using an app. 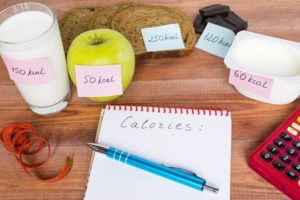 Frequent, repetitive hassles such as counting calories accumulate over time to comprise a chronic stressor that has negative health consequences. In a study involving 115 women, the act of counting calories significantly increased perceived stress. This sort of chronic, low-grade stress will signal your hypothalamus and pituitary glands to increase your appetite and cause your body to store more fat.

Remarkably, most dieters probably don’t even realize that restricting calories produces a physiological stress response, because it does not lead to a perceived stress response.

Let’s assume you’re counting calories because you want to restrict your calories. Some of the women in the previously mentioned study were put on a restricted calorie diet. They were given 1,200 calories of food a day and did not have to count calories. The researchers wanted to see if restricting calories affected them independently of counting calories.

Their cortisol levels were measured before, during, and after the study. There is a strong connection between stress and weight gain from elevations of cortisol. Cortisol is a stress hormone that plays a critical role when you encounter an immediate threat such as a dog running after you during your morning walk. Cortisol is good for the moment, but when it becomes elevated for hours because of chronic stress, it is bad—really bad.

The Numbers Don’t Add Up

Proponents of calorie counting believe the numbers always work—eat 500 fewer calories a day and you will lose a pound a week. The problem with this thinking is your body is a complex dynamic organism that responds to stress, food, beverages, and other stimuli in ways that we still don’t fully understand. Have you ever eaten a large meal and found you were two or three pounds heavier the next morning? According to the numbers you would have to eat about 10,000 calories more than you normally eat to make that happen; yeah, you didn’t really eat that much, and you still gained that weight.

What about the days when you eat a lot less than you normally do and you don’t lose weight? Again, the numbers don’t always add up, which leaves dieters frustrated and stressed.

Technology solves a lot of problems, right? If we put an app on our phone and track our calories consumed as well as our calories burned during exercise, we can easily manipulate and manage our weight loss program. Right? Actually, wrong again.

Turns out that counting calories on your phone can be more problematic than old fashioned pen and paper. 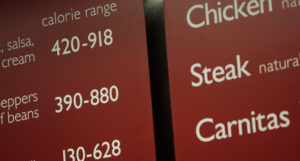 In 2010 our government made calorie counting easier for us when the Affordable Care Act mandated that calorie labels be added to menu boards of chain restaurants with 20 or more locations. A systemic review of studies on the effectiveness of this initiative found that calorie labeling does not have the intended effect of decreasing calorie purchasing or consumption.

In 2017 Canada followed our lead with the Healthy Menu Choices Act. They also learned that menu labeling does not significantly alter individuals’ food choices. Focusing on calorie content is not effective and probably detrimental as a strategy to change the obesity epidemic. Furthermore, listing calories on restaurant menus has had negative implications on eating disorders.

An Approach That Actually Works

So, it turns out that dieting, especially when calorie counting is involved, does more damage than good in the long run. A systemic review of all available studies on commercial weight loss programs that involve meal-replacement, calorie-counting, or pre-packaged meal programs found that all of these approaches fail to produce meaningful weight loss.

But that doesn’t seem to stop us from trying. According to the CDC, approximately 47% of adults in the United States are trying to lose weight at any given time. 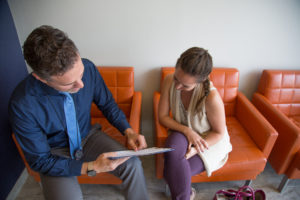 If you really want to lose weight and keep it off long term, the only way to be truly successful is to focus on adopting a few simple habits that you can live with for the rest of your life. Any new habit you adopt should be something you can do indefinitely without much effort in a way that reduces stress.

Strength training once a week for 20 minutes is an example of a habit you can easily adopt and live with. In fact, one of the studies I reviewed for this article promoted high intensity strength training as a great strategy for fat loss since it promotes many of the physiological changes required for weight loss. The article also mentioned that supervision of high intensity training is important for the results.

For the past 17 years, Exercise Inc has been helping people adopt simple habits that allow them to reach their health and weight loss goals for good. This never happens quickly. In fact, we usually remind our clients that they didn’t gain the weight they are trying to lose in 3 months, so expect it to take longer than that to lose it. That’s one of reasons we’ve been around for 17 years.

If you’ve been unsuccessful at losing weight in the past, schedule a free consultation with one of our coaches to learn about our Simple 9© nutritional program.

Let us help you reach your goals once and for all.