Last week we talked about gluten—the large protein molecule found in wheat, rye, and barley—and its ability to wreak havoc on your digestive system. About 12 percent of us suffer from gluten intolerance. That means we react to gluten with an inflammatory response that, over time, can develop into a dismal array of medical conditions: dermatitis, joint pain, reproductive problems, acid reflux, autoimmune disorders, and celiac disease. Also, it is possible that the rest of us could experience some sort of milder negative effect from eating gluten that isn’t so obvious.

There’s another less obvious problem with gluten that we need to discuss. Like most thugs, gluten doesn’t hang out alone. Its two ugly cousins serve as its partners in crime—lectins and phytates. Of course, gluten gets all the press because it seems to commit the most crimes, but its cohorts can cause just as much damage. 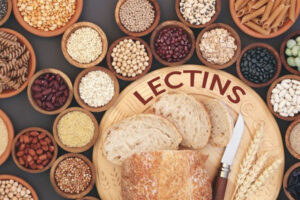 Animals are equipped with the ability to run away or fight when there is a chance they could end up on someone else’s menu. Plants can’t do that. So, to protect themselves, and particularly their reproductive organs (seeds), some plants developed anti-nutrients whose purpose is to attack the digestive system of any animal that might eat them. Anti-nutrients—such as gluten, lectins and phytates—represent plants’ way of fighting back.

Survival for plants means having their seeds fall on fertile soil intact so they can sprout and produce the next generation. Fruits have a very cordial way of getting the job done. They use vibrant colors and sweet taste to entice animals to eat them. The animal then poops the whole seed out on fertile soil ready to germinate, making everyone happy.

Grains and beans don’t have the luxury of tasty packaging. To protect their seeds (reproductive organs) from being eaten, they have developed anti-nutrients (poisons if you will) to attack the digestive system of any animal that might eat them. They can cause considerable intestinal distress—diarrhea, nausea, vomiting, IBS and even death (lectins in raw kidney beans can be lethal). But most of the time, the effects of lectins act much more subtly and can take years to manifest as a life-threatening disease. Birds, rodents, and some insects can deal with anti-nutrients, but most humans can’t.

Lectins are protein molecules that firmly bind to carbohydrate and sugar molecules. Sticky like glue, their stickiness makes them so important…but also so dangerous. Resistant to human digestion, plant lectins can enter the bloodstream unchanged. Because we don’t digest them, our immune system attacks them, causing an inflammatory response (not a good thing). But the damage can go beyond inflammation.

Because of their stickiness, lectins can bind to your intestinal lining. When this happens over time, this can damage your intestines in a way that creates openings spacious enough to allow large, undigested proteins to enter your bloodstream. This sets off a much bigger inflammatory immune response which can lead to a host of problems, including obesity and heart disease. 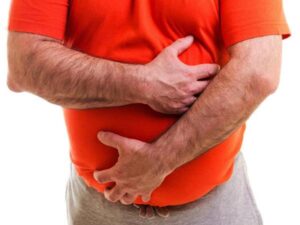 When your body detects unfamiliar proteins that entered your blood through openings caused by lectins, an immune response starts. Many of these proteins closely resemble body tissues, which can cause the response to become autoimmune. In celiac disease, gluten closely resembles the proteins of the cells that line the intestine. The intestinal lining is attacked, which results in compromised absorption of critical vitamins and minerals.

Okay, to keep things from getting confusing since leptin sounds a lot like lectin, I’ll type LEPTIN in all caps. LEPTIN is a hormone secreted by your fat cells signaling that you’ve consumed enough food and you need to stop eating so much. The more fat an animal has, the more LEPTIN it produces. It’s a safety valve that says, “you’ve stored enough fat, stop eating so much.” If your brain (specifically your hypothalamus) becomes resistant to LEPTIN signaling, obesity, insulin resistance and diabetes soon follow.

Obese people typically have high levels of LEPTIN, but their brains believe LEPTIN levels are low. Increasing evidence shows that Lectins bind to LEPTIN receptor sites, causing our brains to resist LEPTIN’s signal that says, “stop eating so much.” When this resistance happens, your brain tells you to continue eating all the time. It also tells you to reduce your energy levels.

Logically this makes sense. Look at the increasing numbers of morbidly obese people. I’m sure none of them choose to weigh 300 pounds plus. Something must be out of whack to cause so many of us to put on more and more fat every year. I’m convinced a great deal of it relates to lectins inhibiting LEPTIN signaling in the brain.

Now, what should you do with this information about Lectins? Grains and beans have the highest number of Lectins. So stop eating all wheat, rye, barley, corn, beans, and peanuts. Replace those foods with vegetables and fruit.

Remember this simple rule: If you have to process it to eat it, you shouldn’t eat it.

All grains and beans must be processed to be eaten.

Don’t allow yourself to be attacked by grains or beans.

Stick with fruit and vegetables, so everyone will be happy.